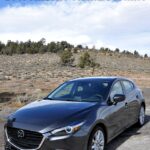 Are you in the market for a new car? Check out my experience driving the 2017 Mazda3 Grand Touring on a roadtrip to Santa Barbara. 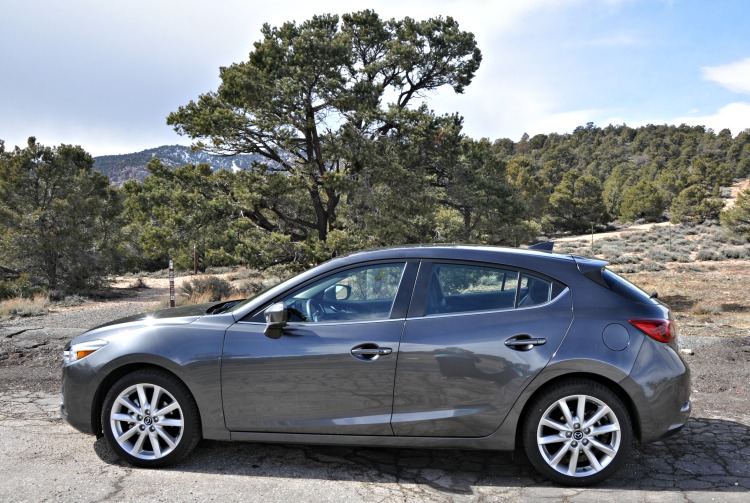 Normally when I test drive a car, I try to write about it shortly afterwards so that you can get my fresh thoughts. I just realized that I never shared my roadtrip in the 2017 Mazda3 Grand Touring!

Back in February, I drove it from my house to Santa Barbara for an event, and then back home. It was my first solo roadtrip in a while, so I was excited for the quiet drive.

I loaded my belongings up in the trunk and had plenty of space to spare. There’d be enough space for my family to pack for a short roadtrip. 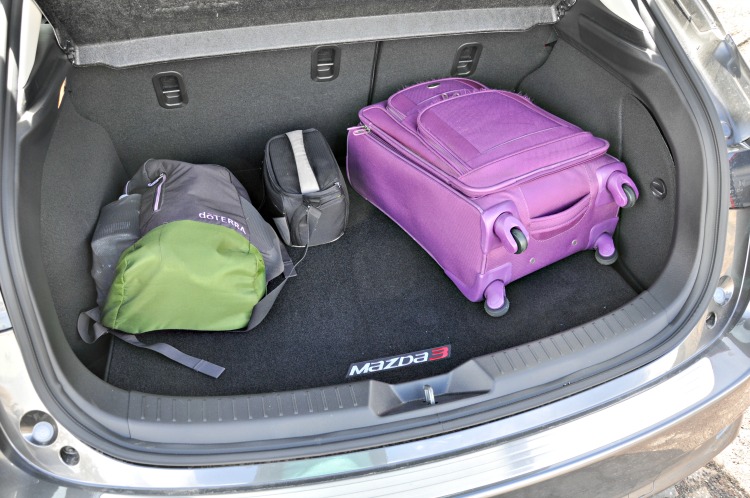 The Mazda3 Grand Touring looks a lot like a station wagon, but without the option of extra seats in the back. It’s more sleek and stylish than a station wagon, though. I wouldn’t mind driving it regularly. 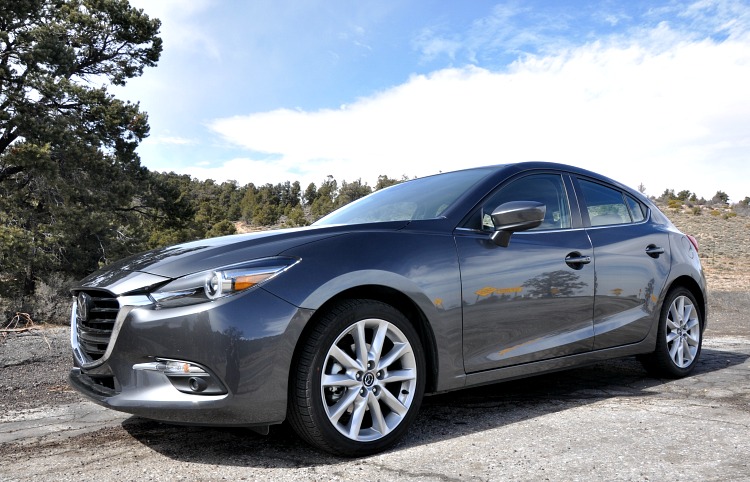 I had a really great time driving the 2017 Mazda3 Grand Touring down and then back up the mountain. It handled really well on the turns and the brakes were responsive. It was a fun drive! 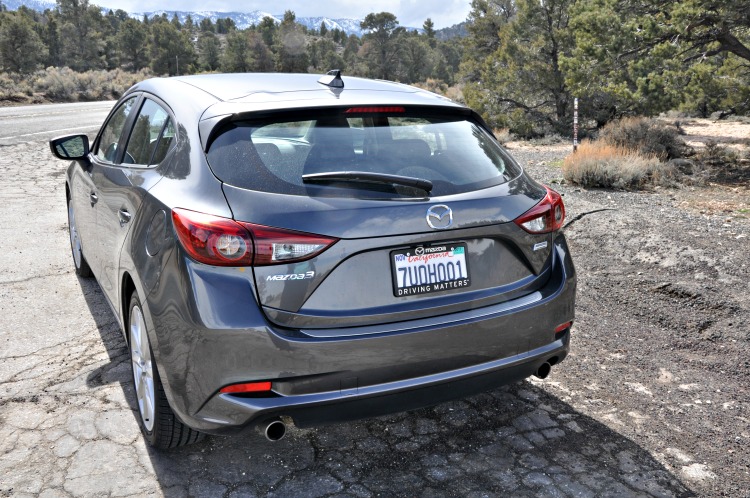 The front seat was plenty comfortable for my drive on the freeway too. I fit well in the driver’s seat and the steering wheel was comfortable.

On the drive home, it was raining torrentially to the point where I thought I might need to pull over. Everyone on the freeway was driving about 25 miles per hour with no traffic it was so bad! The Mazda3 handled really well, and I felt safe so I continued through it.

Unfortunately I wasn’t a fan of how the GPS/entertainment system was set up. I’m used to driving cars with touch screens, so using a knob and buttons seemed a bit outdated and cumbersome. The screen was also much smaller than I’ve become accustomed to. 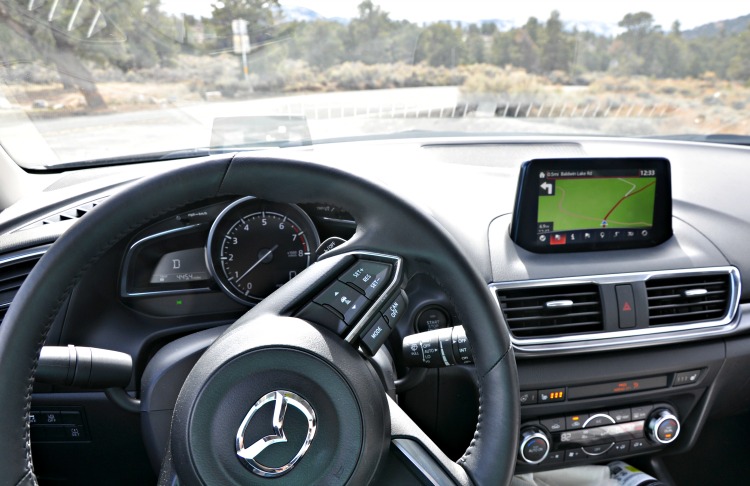 I think the 2017 Mazda3 Grand Touring would be great for a young, single adult or a small family that doesn’t need to haul a lot of gear. Other than the GPS/entertainment system, I thought it was a nice car that was really fun to drive.