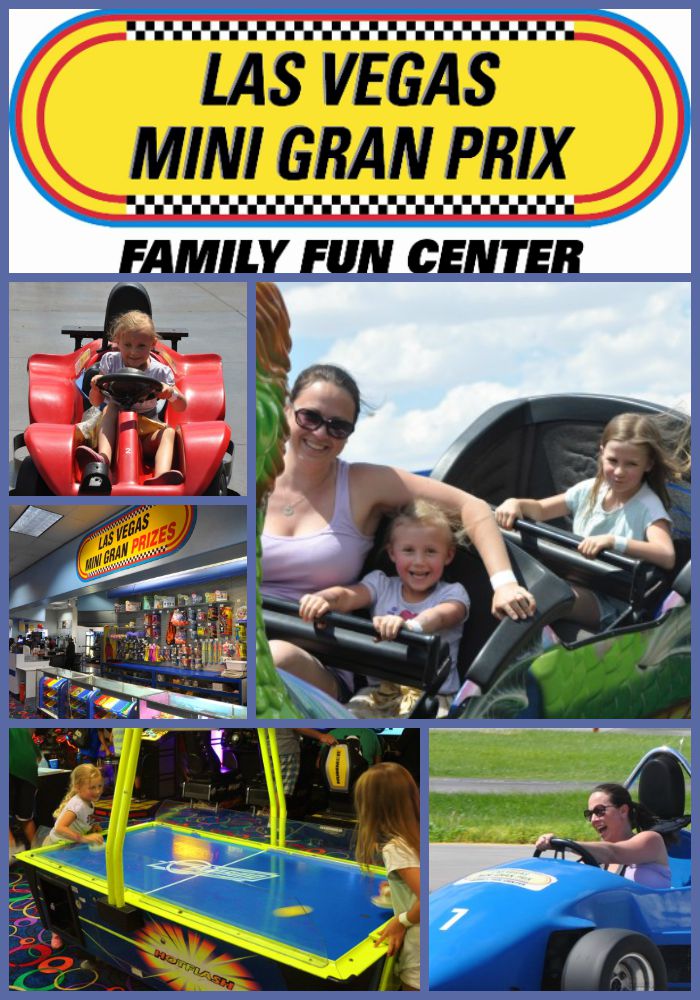 The Las Vegas Mini Gran Prix Family Fun Center is a great place to take the kids during the day if both parents and kids like to have fun. When we were in Las Vegas on our family vacation, they invited us to come check them out, so we did!

The Las Vegas Mini Gran Prix Family Fun Center is located about 10 minutes west of the strip and is well worth the drive. From racing go carts, sliding down the giant slide, riding the roller coaster, enjoying the other rides and playing in the arcade, Las Vegas Mini Grand Prix has it all.

For the Gran Prix Go Carts you must have a valid driver’s licence, which is kind of cool. The carts move around the track at a pretty swift pace. I had fun, but I think Chrystal had even more fun than me.

You can ride all three of the other go carts without a driver’s licence. But, the girls were given there very own Las Vegas Mini Gran Prix Driver’s Licences after they tore up the track.

The girls had a blast on the spinning airplane ride!!!

It was something like 106 degrees outside when we visited the Las Vegas Mini Gran Prix Family Fun Center. Fortunately they have a giant indoor area with tons of video games, skeeball, “win ticket” games and so on. There’s a restaurant inside where you can snag a pizza (we got a giant pepperoni), sandwiches, fries, chicken fingers and the like.

Cooling off in the A/C and playing some games was just some good ole fun.

GO Card Las Vegas: The Best Entertainment Value on the Strip
Next Post: Red Rock Casino, Resort and Spa: Checking In and Our Room