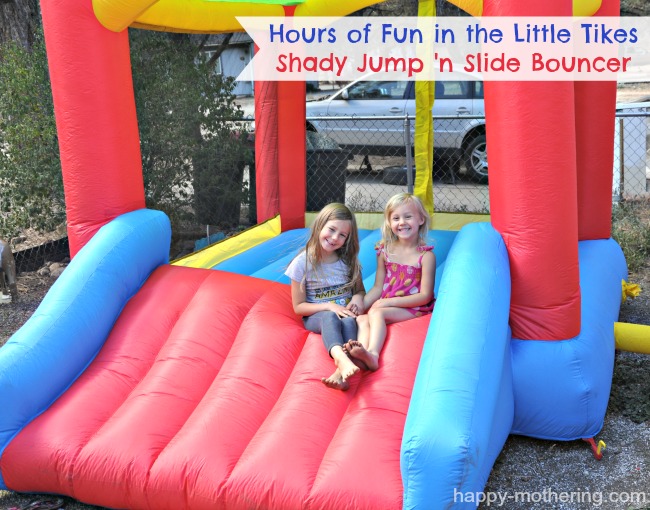 It never fails. Every time we drive by a place with a bouncy house, the girls freak out. “Mommy, look a bouncy house! Can we go, can we go? Please, please pretty please???!!! Just for a little bit, please????”

So when I told them that we were getting a Bouncy House from Little Tikes for free to review, well, I wish I had that excitement on video. Their very own bouncy house? They were pretty thrilled to say the least.

We sat down and looked at all of the bouncy houses that Little Tikes currently offers. After a lot of consideration, they agreed on the Shady Jump ‘n Slide Bouncer because it had a shade and they didn’t want to worry about excessive sun exposure. Smart girls, right?

Shortly after this box arrived, Zoë slammed Kaylee’s finger in a closet door, ripped her fingernail off, broke the bone lengthwise and nearly severed her fingertip. It was pretty bad, so opening the box had to be delayed. It sat in the living room taunting them for weeks, so as soon as Kaylee’s finger healed enough, I surprised them by dragging it outside while they were playing.

I was surprised by how simple it was to set up. I felt a little intimidated by it until I started going through the steps in the directions and I realized it was much easier than I thought it would be.

Just pull the bounce house out of the box and lay it flat.

Then attach the compressor to the bounce house. 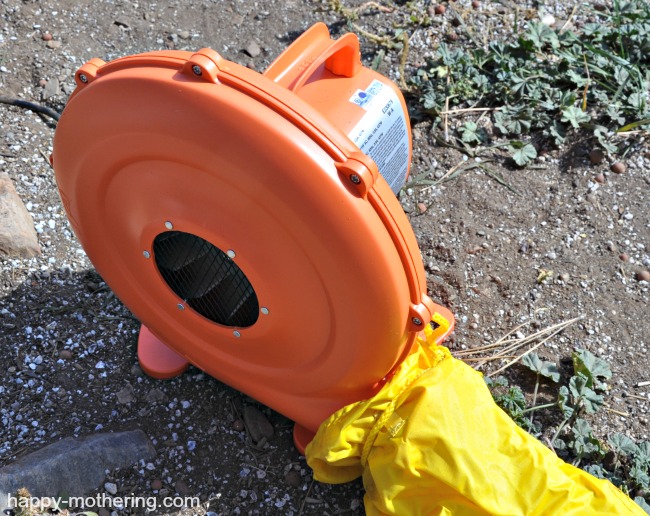 Tie off the smaller hose. 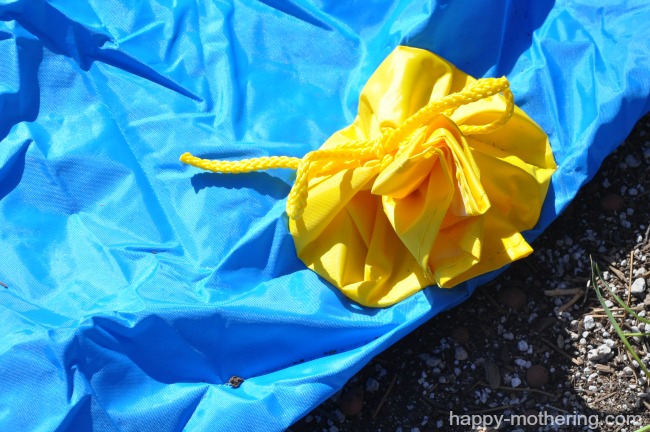 Plug the compressor in, then turn it on. The kids will start going crazy at about this point. 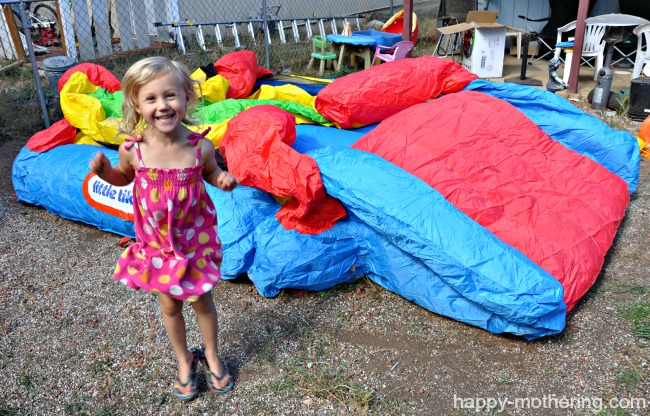 It blows up so quickly – it takes maybe 2 minutes to fully inflate once you turn on the air compressor. The girls were thrilled it inflated so quickly. 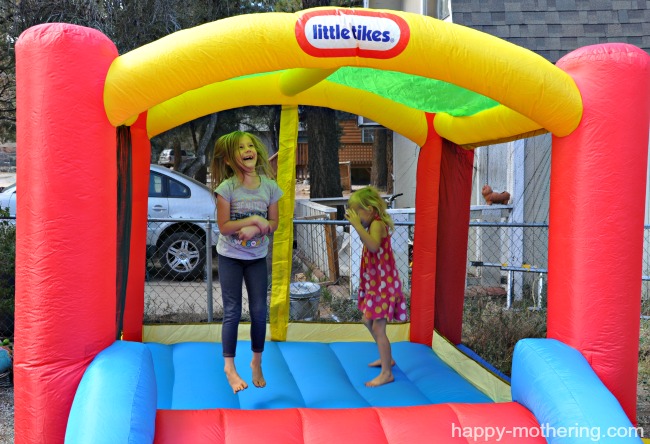 They really love jumping in it, but they also love the slide. It’s shorter, so it would be perfect for younger children. 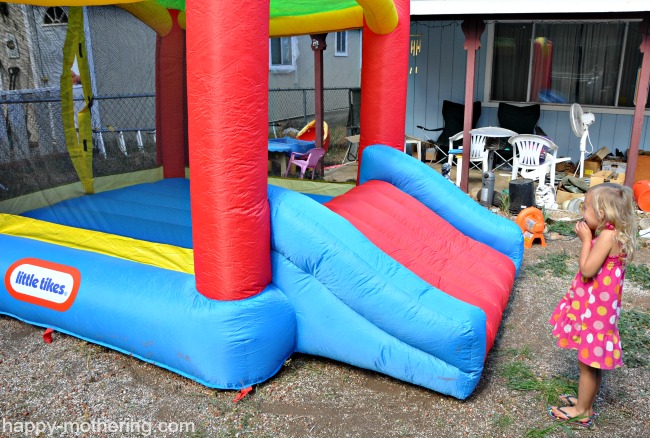 The Shady Jump ‘n Slide Bouncer is designed for up to 3 kids under the age of 8, and a maximum of 250 pounds. It seems like it’s really well made and durable. I’m hoping it will last a long time as long as we take good care of it.

I’m so thrilled that we have our very own bounce house now, and that it easily fits into our front yard. I have a feeling it will get a lot of use in our house!

Since I don’t want to leave it exposed to the elements when it’s not in use, we make sure to pack it away when the girls are done. I was nervous I wouldn’t be able to get it folded up properly to fit into the storage bag, but it really was a cinch. It probably took me 10 minutes to put it away the first time, so it’s pretty intuitive if you look at the directions. 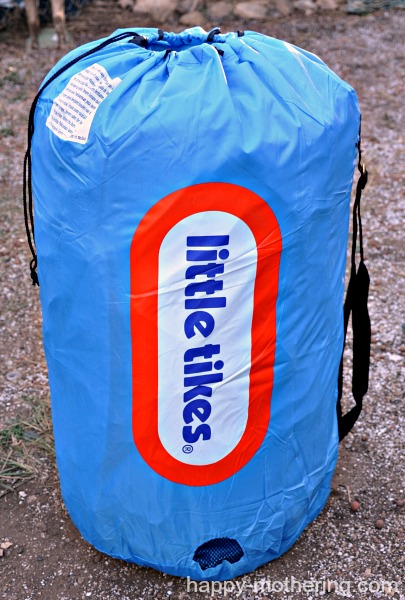 The Shady Jump ‘n Slide Bouncer has been absolutely amazing for the girls. Five years later, and it still works perfectly even though they’re outgrowing it!