Home » Adventures » I Learned To Shoot a Gun at a Totally Green Training Center in Los Angeles!

Thank you to The Green Zone for providing me with a complimentary tour of their facility. While I received the training mentioned in this post at no charge, all opinions expressed are entirely my own.

The Green Zone is now closed, but watch me learn to shoot a gun at a green shooting range in this post.

I have always had a huge fear of guns. Just being around one would make me nervous and uncomfortable. I guess that’s pretty normal when you’re around something that can do so much damage, when you don’t know how to properly handle it. Brian has been wanting me to take a class for years, but I always made excuses of why I couldn’t, or just didn’t want to.

So when I heard about The Green Zone, the only lead-free training facility in California, I decided it was time to get over my fear. Steve Tragar, the owner of The Green Zone, kindly agreed to give me a private tour and training lesson at his facility. 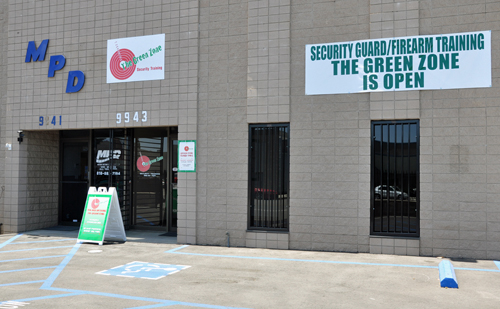 We started the tour upstairs in the classroom, where we went over all of the basics of handling a firearm. 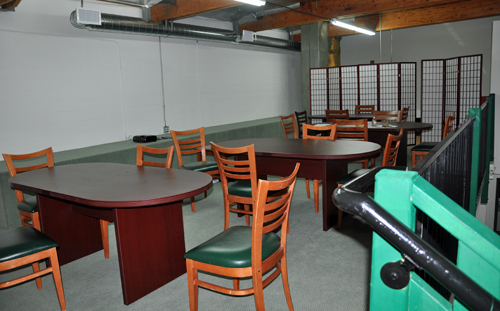 Steve is a former high school teacher, so he approaches teaching firearm safety and self-defense training in a similar manner. While he went through the information quickly, he was very thorough and careful to be sure I understood each piece of information before moving on.

After we finished the classroom portion of the tour, we walked back downstairs. 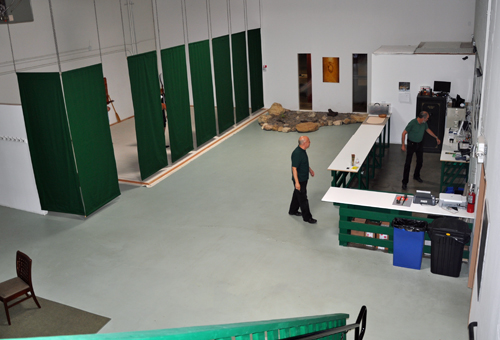 We stopped briefly in The Green Zone’s Dojo, where Steve explained his women’s self defense training philosophy. 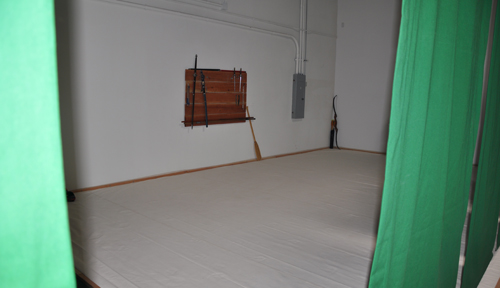 Because he usually has a limited amount of time to teach self-defense techniques (the average person takes one class rather than training over several years), he mostly teaches women evasive techniques in case their home is broken into. He teaches simple tactics like blocking the attacker, then striking somewhere just to give you a chance to run away. Of course The Green Zone also teaches more in depth techniques to people who want to train over time.

Here’s Steve standing in front of the Zen Garden. 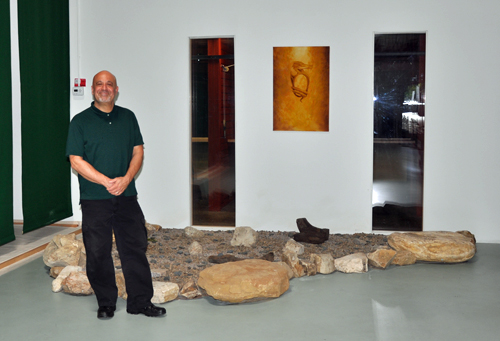 Then we headed out to the shooting range, where there are eight 25-yard shooting ranges. What makes this range so unique is that it’s lead-free. This is a big deal, because you can breathe in a lot of lead dust in a typical shooting range. The bullets used at The Green Zone are a copper-tin composite. There is no plastic on the range either. 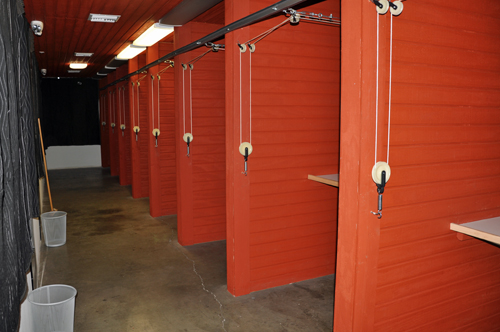 We walked through all of the steps of loading, handling, shooting and unloading a gun again. Then it was time to shoot the gun. I was really nervous and uncertain of myself, but when we pulled the target back in, this is what we saw! 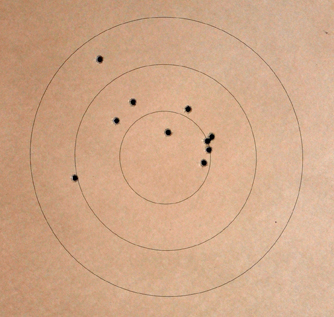 I was happy that I did so well for my first time ever. It was only from 10 feet but, as Steve pointed out, in the typical home invasion, you’d only be shooting from 5-7 feet.

One thing they do at The Green Zone that I think is neat is corporate team building programs. I worked a corporate job for many years, and I think it would have been fun to go to one of their team building programs rather than some of the things that are typically done. They also do private trainings for other groups – they recently did one for a bachelorette party. What a unique idea!

If you’re ever in the Los Angeles area, you should check out The Green Zone. It’s a neat place!