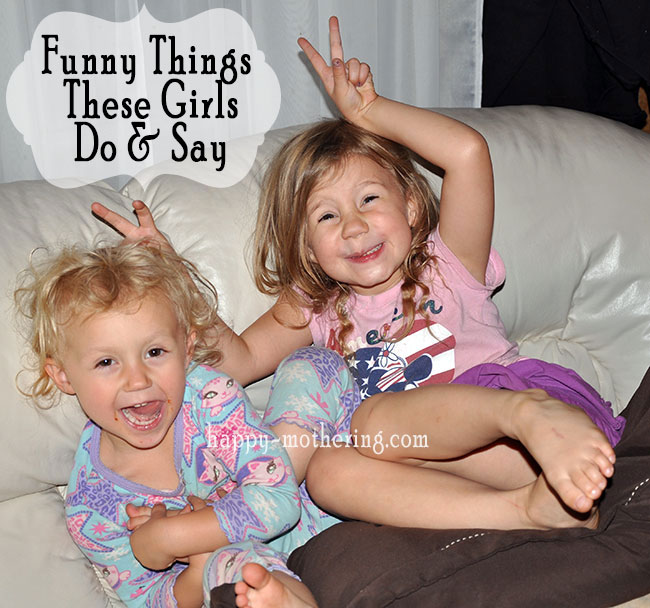 I never knew what comedy was before having kids. Seriously, every day in our home is full of laughs and giggles. Not only because we have fun together, but because of the insane things that come out of my kids’ mouths some days (dude, they could easily be featured on NickMom).

If you’re a mom, I’m sure you can relate. For instance, my kids think bathroom humor is the funniest thing on the planet. No kidding. They could make jokes about it all day long if they were encouraged.

Maybe it comes from that place of curiosity that sparkles in children? Or maybe it’s just human nature? Who knows… but oh the stories I have! 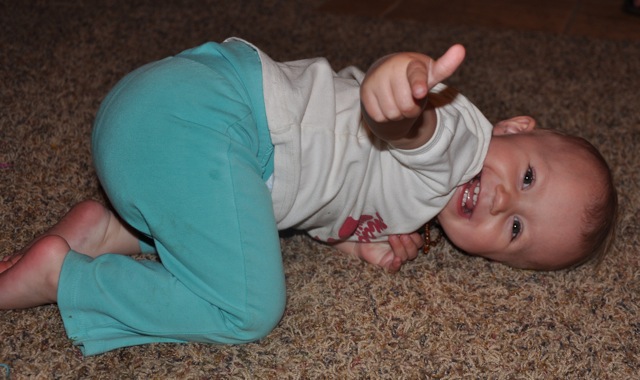 When we first came back to the States from Uruguay, Zoë was barely two and Kaylee was only four months old. Zoë was such an amazing big sister, that I didn’t think twice about leaving them alone in a room for five minutes.

One evening when Kaylee was around eight months old, Brian and I were in the living room going about our day just like any other day. When I went back to check on them, I discovered they had been in our bathroom playing.

Apparently, Zoë decided it was a good idea to scrub her little sister with the toilet brush. Not only did she give her a full scrub down, but she obviously knew she did something wrong because she shut the door to the bathroom and the door to our bedroom – so Kaylee was soaked in toilet water behind two closed doors. Oh boy.

This video of Brian interrogating Zoë about why she gave her sister a toilet water brush bath is both adorable and hilarious at the same time. It’s much funnier than me telling you what she said! 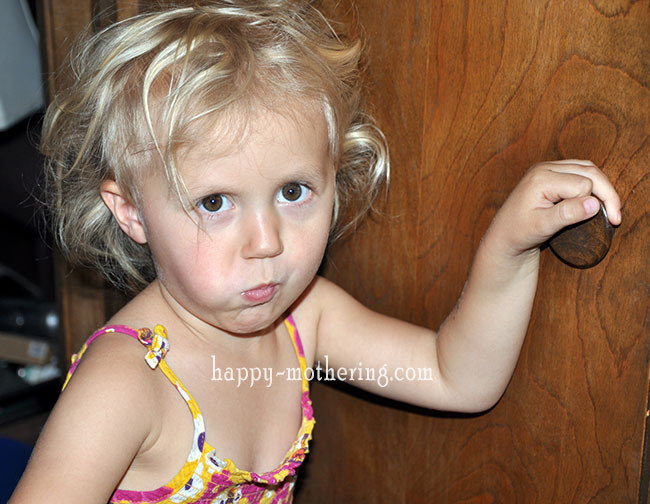 Somewhere Kaylee must have heard someone say “Booty Shake” in relation to dancing or something. I have no idea where she got it, but she says it all the time with a huge grin on her face while literally shaking her booty (that girl loves to dance).

Somehow, this practice carried over into the bathroom. Given that she’s only three-years old, she still needs help wiping her bottom. She happily lets you know when she needs help by shrieking, “MOMMY, WIPE MY BOTTOM!” when she’s ready.

As you can imagine, the days when I’m not home, that shriek becomes, “DADDY, WIPE MY BOTTOM!” While I’m well aware that sometimes she likes to say, “Booty shake,” and shake her booty right when you go to wipe her bottom, unfortunately (for Brian), Daddy wasn’t quite so aware.

One day when I was out working at the local coffee shop, that infamous shriek came from the bathroom and Daddy came as beckoned. As he readied himself for the task, Kaylee exclaimed, “Booty shake!” and started shaking her booty.

Can you guess what came out of Brian’s mouth? “You got poop on my finger!!!!” Well, poop might have actually been a word that started with “s” and I’m sure there were some more explicatives in there, because, gross!

So these days, we’re all very careful when we hear, “Booty shake!” come out of our three-year old’s mouth.

On Show in a Public Bathroom 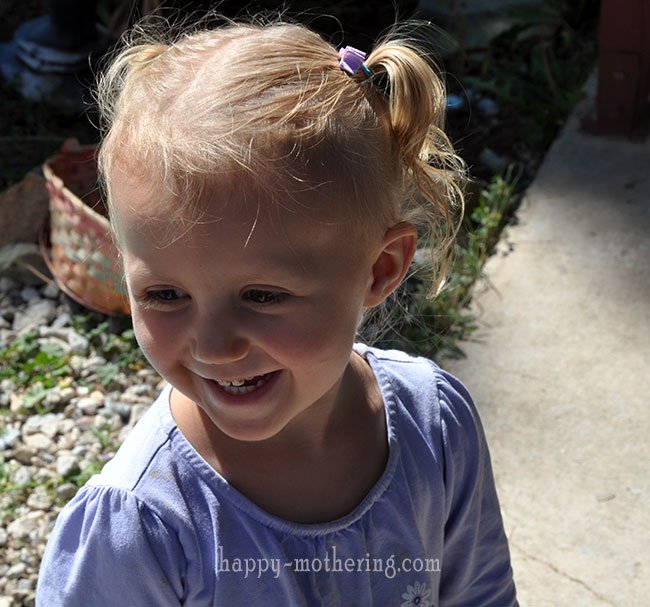 While Zoë is now fully able to use a public restroom on her own, Kaylee is not. I still most often go into the stall with her (or stand right outside of it to make sure she’s not playing in the toilet or something equally as horrifying).

When I do go into the stall with her, sometimes I need to go too! I always cringe when the bathroom is full because I know something embarrassing will come out of her mouth. And I promise you she has a loud voice that carries and makes people turn their heads everywhere we go.

So, what’s the most embarrassing thing she says (yes says as in it has happened more than once)? “Mommy, are you going poo poo or just pee pee? Let me see.”

Really child, you not only want to discuss my private bathroom matters for the whole place to hear, but you want to see too?

I am really looking forward to the day when she’s ready to use a public restroom alone without me standing guard at the door.

And Then There Was That Time I Paid Zoë… 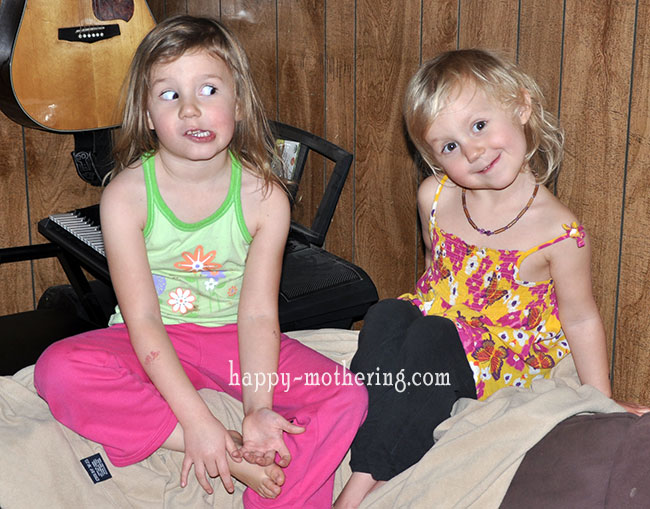 My girls have started that whole going to the bathroom in pairs thing early. For some reason, they are always in the bathroom together.

If you have two young ones close in age, you can imagine that sometimes spells disaster. You know something is probably going awry when you either hear total silence or when one of them starts shrieking your name like the world is quickly coming to an end.

One day I was happily sitting on the couch working when I hear Zoë yell, “Kaylee, what did you do!” I jumped up and expediently ran back to the bathroom to investigate.

I discovered that Kaylee had put the fingernail clippers into the toilet. After my initial shock of her admitting she did it (she normally blames everything on her toy monkey Coca), I briefly considered just flushing them down because, you know, the toilet was full of pee. I came to my senses and decided that would be a bad, bad idea.

Instead, I offered Zoë $1 to get them out for me. She was, after all, taking a shower shortly afterward. She was overjoyed to help out for a dollar.

And that’s how I got out of sticking my hand in a toilet bowl full of pee.