My baby turned 4 on Valentine’s Day – I can hardly believe it! There has been a lot of illness going around town, so we had a small party with a few friends over that we hadn’t seen in a long time. Sometimes I think small and simple is the best when it comes to parties!

Kaylee really wanted balloons, and we got these really fun Mickey streamer decorations for the ceiling in our Disney Side kit. She just loved it! 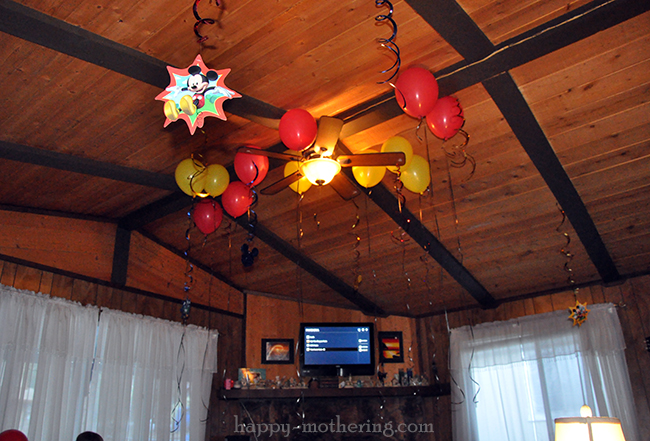 Goody bags are always the kids favorite thing, so we had a dedicated area for the goody bags. 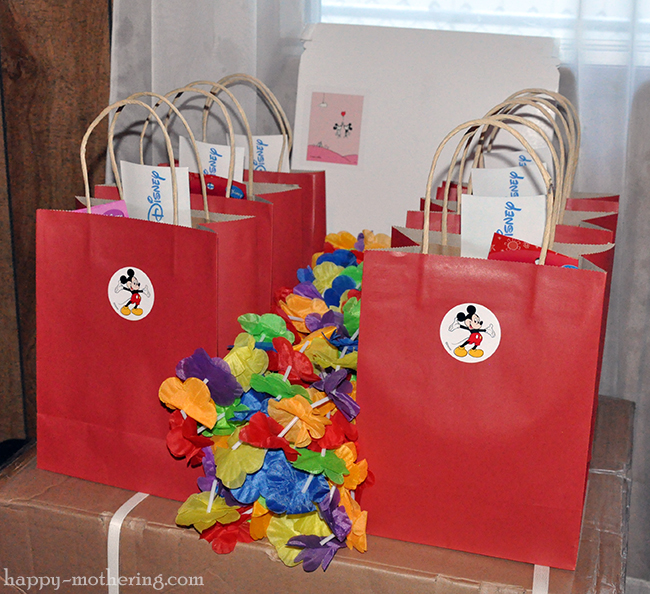 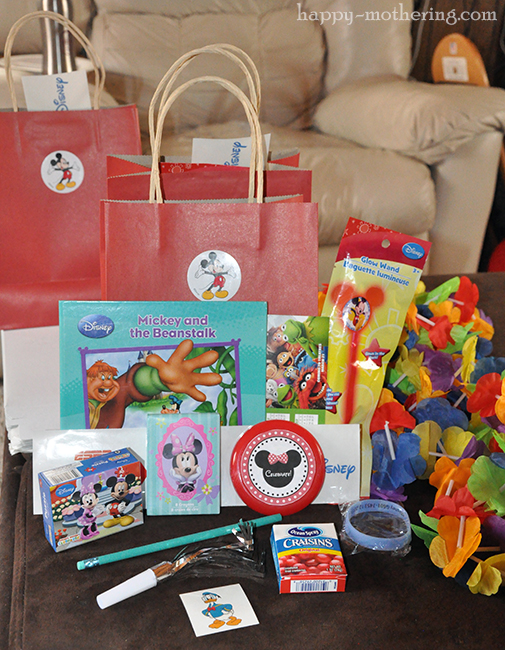 Then of course I set up a table of snacks. We had a veggie tray with ranch dip (because Kaylee is a veggie monster), olives (because she loves them), chips, popcorn, cupcakes with only a little frosting (because she doesn’t like frosting) and gluten cookie pops for decorating (adapted from this recipe – because who doesn’t like cookies?). I also made some sangria from scratch for the grown ups (totally forgot to take pictures!) 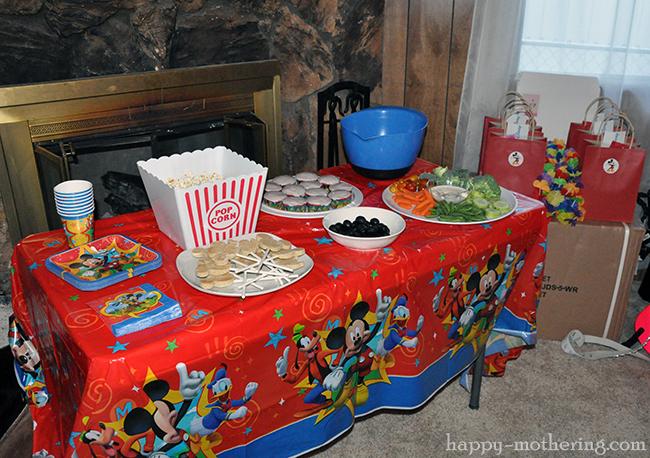 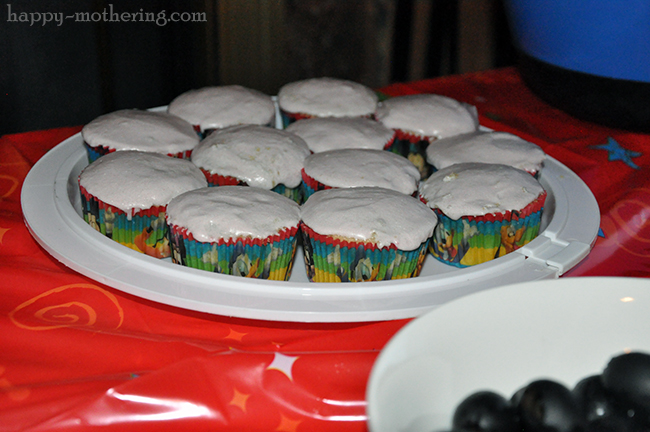 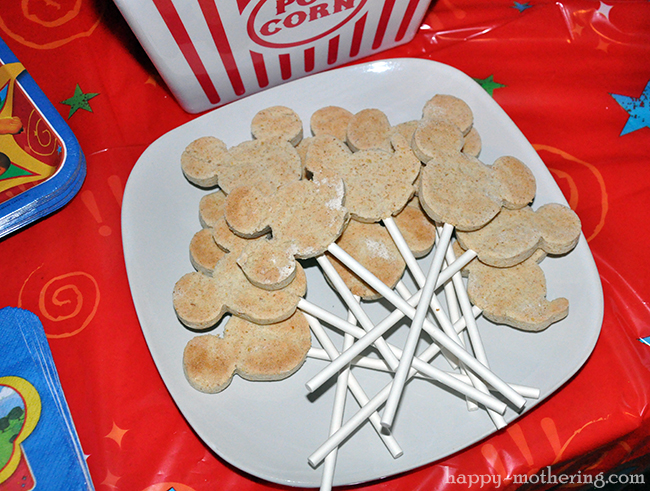 We had a few games planned for the kids, like Disney Bingo and musical chairs. However, the kids really were only interested in playing with the balloons, so we went with it. As long as they were having fun, I was happy! 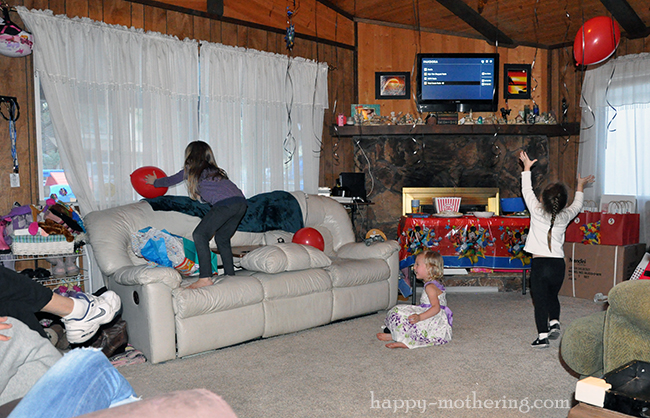 At the end of the evening, we sang Happy Birthday to Kaylee. 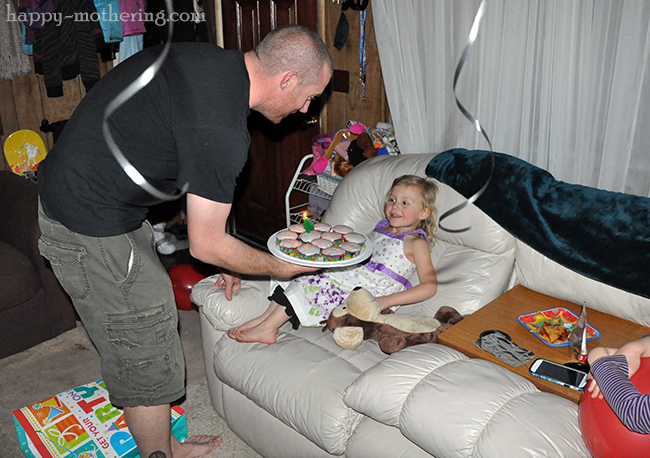 After that, she got to open her presents. We let her open everything except for the big box pictured above with the goody bags. Then we asked her if there was anything she wanted that she didn’t get. Without hesitating, she said, “A drum set.” She looked a little upset when she said it, so we told her there was one more present left.

Brian pulled out the big box and opened it and her little eyes lit up when she saw how many drums were coming out of the box. Being an awesome Dad, Brian set up the drum set right away and let Kaylee go to work.