Home » Family Life » Sharing our Lives During a Health Crisis 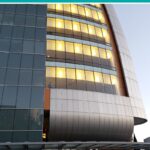 Hey everyone, Brian… Chrystal’s husband here. Chrystal was discharged from the hospital, I’ll get to that soon enough.

If you’ve been following along you know Chrystal has been sick for a while with rapid weight loss, muscle pain, extreme muscle weakness and an every growing pain in her neck, ear, jawline and more recently extending around the top of her eye.

Why are we sharing something so personal about our lives online?

Both Chrystal and I have been asked this question many times over the past few months. In short, it’s for you. Whether our journey inspires you, helps you because you’re going through something similar or if it’s just good old fashion entertainment… it’s all good.

Back in July after a family discussion, we decided Chrystal would share her health crisis and what’s going on. There were many reasons we wanted to do this.

The first reason is that Chrystal simply needed an outlet and to get this burden she’s been bearing off of her chest. She’s been an emotional wreck. We are a super active family; we love to hike, host barbeques, travel, go to the beach, go to concerts, make DIY projects, cook together, do art together and do all sorts of fun activities; that changed dramatically this past summer.

With Chrystal being sick, losing strength and being in pain; we had to cancel much of everything we had planned over this past summer and a lot of sponsored stuff too. She has worked so hard on this blog and growing this business for 9 going on 10 years now, her being sick has felt like a huge setback and that’s a blow to the ego.

The next and equally important reason we decided to share Chrystal’s health journey is that life isn’t perfect and things don’t always go as planned… in fact, they rarely do. Too often women hold themselves to impossible standards.

We feel many people online paint their lives with rose colored glasses. Many people are not genuine nor are they portraying their real life. This contributes to a false narrative which many women buy into and ultimately start comparing themselves to that false narrative. You know those social accounts right?

Chrystal really wants to inspire and encourage other women, other moms out there to stop holding themselves up to the high standards of false narratives. That’s just not healthy, you are an amazing person all by yourself… no other woman can light a candle in representing how awesome you are. Know that and carry that belief.

Life isn’t fair, life isn’t perfect, life isn’t always glamorous, you can be dealt good hands and conversely be dealt very challenging and even bad hands. You don’t wake up with your makeup done perfectly and roll out of bed like you’re ready for a formal engagement or a photo shoot for a magazine… that’s a fallacy. Very few of you have a professional photographer following you around with a makeup artists at the ready to make sure every photo you post online is magazine worthy.

Very few women never have acne, a bad hair day, moments of feeling overwhelmed, moments of insecurity, stress, the feeling of loneliness or any other of the myriad of emotions women face on a daily basis.

Women are often held to ridiculously high standards which often men are not.

Whose house is always clean? Why is it the woman’s responsibility to have said house clean? Should a good housewife not speak or burden her husband with petty troubles and complaints after he came home from a hard day at work? If your man is unfaithful, get over it… right? These are a couple of tips from the 1950s on how to keep your husband happy.

Women have been held down throughout history. White women have only been allowed to vote since 1920 in the US (LESS THAN 100 YEARS)… women of color weren’t allowed to freely vote until 1965 (ONLY 53 YEARS AGO) and there was still a lot of pushback on women’s rights after.

Even after the progress made in the 1960s for anti-discrimination and fair wages women are still treated like 2nd class citizens across much of our nation. Still today, right now, women have to defend their character when a man violently rapes them… “she was wearing a short skirt, so she was asking for it” that’s just disgusting. We as a society need to do better and it shouldn’t take another 100 years.

Life is awesome… one should always be in awe of the fact they were even born, the odds of not being born are astronomically better than you actually being born. Life is amazing and full of wonder. There is so much positivity and truly good things in our lives and in our world… and bad things happen. It’s always best to embrace the bad stuff instead of pretending it didn’t happen. Fantasy is awesome to lose yourself in while watching a movie or reading a book, living like and pretending fantasy is real life is close to a mental disorder. And sometimes it feels necessary to live in that fantasy instead of addressing the bad stuff.

For as many women there are who are constantly pushing to empower other women, it seems there are just as many women who maybe have been oppressed to the point they don’t realize they’re oppressed?

Past Few Months in a Nutshell

Back at the beginning of April Chrystal had dropped down to right around 120-125lbs… a month before that she was 135ish… a month before that 145ish and so on. My birthday is April 10th and within a week or so after that Chrystal was down to 120lbs, then 119lbs, then 118lbs, then 117lbs, then 116lbs… then down to 115lbs. Not to mention, her energy levels were going down exponentially as well. At 115lbs (this is late April) I was like,  “Hey, we should both get our 40-year physicals.

We had our physicals in mid-May and got the results towards the end of May. My physical came back awesome. I’m in super great physical condition and super healthy… Chrystal’s showed she had nodules on her thyroid and all of her other tests came back awesome.

Fast forward, Chrystal has progressively lost on average1/4 to a half pound of weight each day since. The days she’d gain 1/4 or a 1/2 a pound seemed like giant victories.

Along with weight loss and lack of energy, Chrystal started experiencing pain throughout all of her muscles pretty much due to muscle wasting and her being in a constant state of dehydration due to an extreme upset stomach for about 4 months straight.

Then about 4-6 weeks ago Chrystal started feeling pain in her right ear. Thinking it was an ear infection that would eventually clear up, she pushed off going to the doctor about it. Then it got to the point it was starting to hurt so she went to the doctor and got on antibiotics. The antibiotics didn’t help and the pain started radiating up her neck into her right ear and after a while, the pain has spread to over her right eye

Fast forward to her entering the hospital last Monday 9/17 Chrystal had a series of incidents that led me taking her to the emergency room. We were in San Diego visiting family so we ended up at Sharp Memorial in San Diego.

In the E.R. we were both asked if she had an eating disorder… I was asked repeatedly if she used drugs like heroin and meth, the Doctor was like “You need to tell me what she’s taken if she’s ODing she could die if you don’t tell me.” Yeah, we don’t do drugs, we rarely take ibuprofen let alone anything harder than that.

Chrystal was admitted for observation overnight. Her nurses were amazing. They were clutch in getting a doctor to take her seriously. The doctors had pretty much written Chrystal off as “a woman with an eating disorder” which is so far from the truth, she eats more than I do and I eat a lot. If it was me instead, as a man… I highly doubt the “eating disorder” thing would have come up.

Thankfully a doctor decided to take Chrystal’s case (a female doctor). She was great. Chrystal had every test ran under the sun to determine if she was facing something life-threatening. All of her tests came back great, on paper Chrystal is in optimal health. The running joke is “Chrystal is the healthiest sick person around.”

There are some amazing positives that came out of Chrystal being at the hospital. Thyroid cancer, as well as many other forms of cancers, were ruled out. There are a couple of labs still our with some super rare forms of cancer, we won’t get those labs back for another week or so. We’re very hopeful they’ll be just fine.

Unfortunately, due to restrictions by our insurance company… Chrystal had to be discharged before a root cause of her sickness was determined. She was discharged this past Saturday evening. We drove home to Big Bear, got back here around 11:30 pm.

Sunday and Monday were filled with me trying to get the house back in order. I had a Doctor’s appointment for my ulcer yesterday morning (Monday)… then had to take Zoë to the doctor yesterday afternoon because she has a fever and we suspected strep throat… fortunately it’s just the flu.

Today, Tuesday… we are heading down the mountain to Chrystal’s primary doctor here in about 10 minutes from right now.

There are a couple of theories as to what’s going on with Chrystal.

As far as her thyroid, neck pain, radiating pain into her ear and neck. The theory is her nodules (she has 3 large ones and “an uncountable amount of small nodules”) is the nodules are pressing on a nerve center in her neck. She needs to be referred to an Ear Nose and Throat Doctor to see if there are any treatments besides surgery.

Surgery is the last thing we want, they would take part of her thyroid to relieve pressure on the nerve center… If that’s the cause of her pain. Again, this is all a theory.

So, Chrystal is getting referred to an ENT Doctor.

This is the most concerning. The doctor said Chrystal needs to put on weight and that’s the most important thing.

Chrystals weight upon arriving at the hospital was 104.92lbs to her wait before discharge was 99.2lbs.

The theory is, basically, the pain in Chrystal’s muscles are from dehydration due to digestive issues. Her body not gaining weight is because of digestive issues. So… she’s getting referred to a Gastrointestinal Specialist.

The doctor said, put weight onto Chrystal any way you can. Yesterday I got just shy of 4,500 Calories in her. My goal is 4-6K Calories a day into her body.

I don’t know. We’ll find more out at the doctor today. We’re thinking about switching health insurance companies too… so that’s something we’re going to talk to the doctor and our doctor’s office manager about today as well. Everything is up in the air.

At the end of the day, we’re grateful. We love each other and we have each other. There are so many other people out there who have it so much worse than we do and our hearts go out to all of them.

The Insanity of Our Healthcare System
Next Post: Chrystal’s Symptoms & Test Results